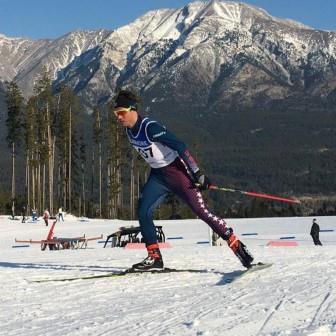 Adopted from an orphanage in Yekaterinburg, Russia, Ruslan was born with an underdeveloped right arm. His adopted mother Annie would visit another older orphan named Tonia whom she had arranged to adopt. Ruslan would wave and show her his favorite toys so she decided to adopt both. He was introduced to skiing for the first time when he was in 2012. In his first race he was noticed by Tom Upham, an Olympic skier and coach. Tom recommended him to national coaches at Team USA. He has been on the team since 2017 and competed in the 2018 Paralympics.